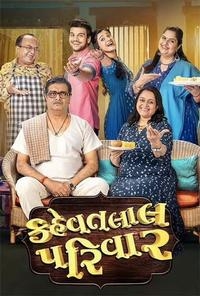 Kehvatlal Parivar is a Gujarati movie released on 6 May, 2022. The movie is directed by Vipul Mehta and featured Siddharth Randeria, Supriya Pathak, Vandana Pathak and Sanjay Goradia as lead characters. Other popular actors who were roped in for Kehvatlal Parivar are Bhavya Gandhi and Shraddha Dangar.